Hello, everyone 🙂  I meant to post this a few weeks back but got sidetracked… My Mum turned 70 in November and she had several little get-togethers to celebrate.  On the Sunday afternoon, we met my brother and his family for afternoon tea at a large garden nursery, which also has a delightful cafe and children’s playground.  It’s a very popular spot and can get very busy so we were lucky to get a table for all of us in a nice sunny spot.

As we drank our tea and baby-cinos (obligatory for the four munchkins) and scoffed cake, we were joined by another guest – a Southern Brown Bandicoot  (or Quenda).  These little guys are normally quite shy and tend to come out at dusk, to forage.  Our visitor is was well known to nursery staff, apparently making guest appearances on a regular basis, in order to pick up any table scraps and crumbs left by lunching customers. 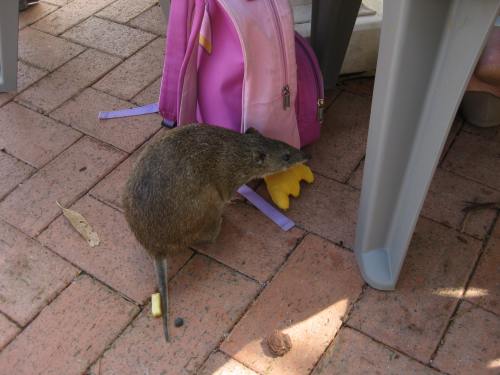 He (I’m going with “he” for now) was happy to wander around our table, under our feet and chairs, and wasn’t the least bit disturbed by the children or my attempts to take photos of him.  I even got to stroke him, which he didn’t seem to mind at all. 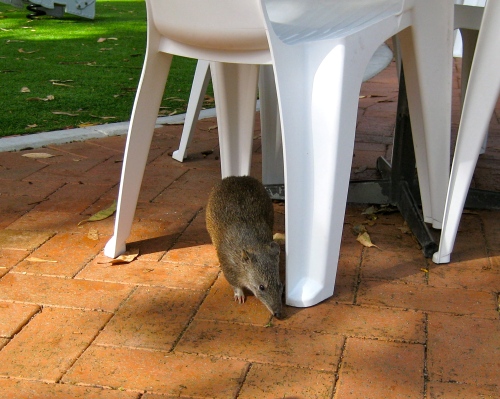 He was wiry to the touch, and very solid (he eats well :)) and about the size of a small cat (with albeit shorter legs).  Bandicoots have long claws, used for digging out underground food items (they are omnivores and will eat insects, fruit, lizards, seeds, mice – pretty much anything they can get their paws on!) and are marsupials (meaning they have a pouch that they carry their babies in).  They live alone, rather than in social groups, and have a running style described as a “gallop” rather than a hop or a scurry. 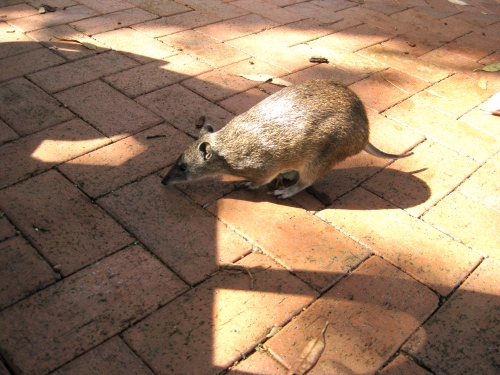 We were delighted to have his company and hope to see him again if we visit the nursery. It’s so nice to see wildlife, of any kind, and I’m always very grateful to be able to experience them close up and in a non-captive way.  I guess these little guys are learning to adapt to being part of our community and losing some of their shy ways.  Survival is survival, after all.  I just hope that this particular fellow is healthy and protected and doesn’t come to any harm, being around human beings so much.  He seemed happy enough though – very fat and not stressed at all.  He’s probably living the dream and wondering why other bandicoots are bothering to hunt for their own food in the bush.  As his “people” are solitary creatures, it’s unlikely he’s going to let anyone else in on the action.  This territory is his and his alone! 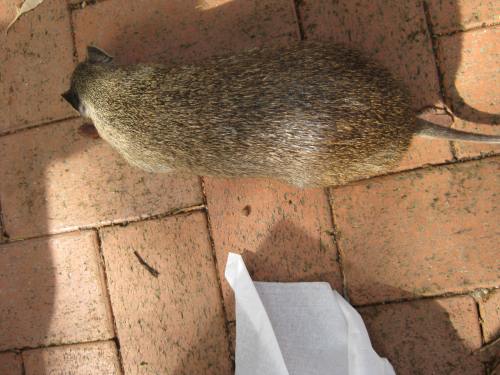 Have you had any close encounters with a wild critter lately?  I’d love to hear about it 🙂

Thanks for stopping by x 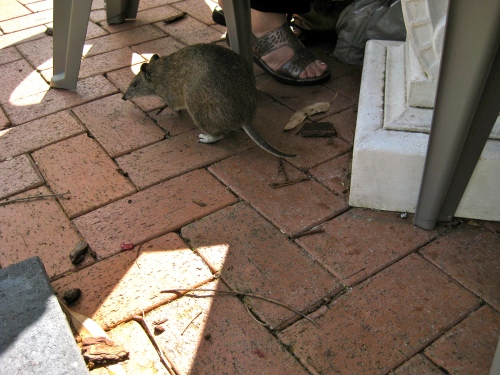 My blog is all about craft, food, op-shopping and life in general. Make yourself a cuppa, take a seat and have a look around (but please ignore the mess).

Tags I use A LOT!